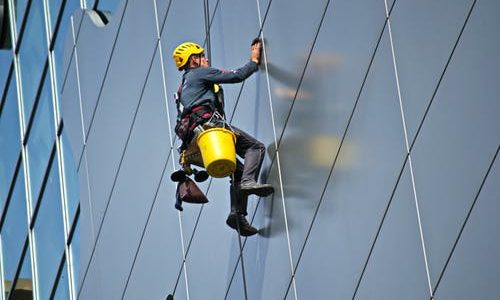 A Sydney company that failed to properly inspect a window-cleaning platform that plummeted 12 storeys to the ground — leaving two workers with permanent disability — has been fined $300,000 by SafeWork NSW.

In an act of negligence described by the judge as one of “objective gravity”, Building Maintenance Unit Service Pty Ltd was handed the fine in the NSW District Court this week after an investigation found it failed to carry out a basic inspection of the platform.

The two survived the incident. But according to Judge Andrew Scotting its impact has been “life-changing”.

The platform, which was unique to the building, was due to have a major 10-year inspection worth $2,000 — which Building Maintenance Unit Service was aware of — but it was not carried out.

“The means of preventing the risk were simple and inexpensive. The offender (Building Maintenance Unit Service) could have refused to set up the BMU (platform) until it had been properly inspected.”

The maximum penalty for the offence was $1.5 million.  Building Maintenance Unit Service ceased trading in December 2017 after it was sold to pay off creditors.  “The directors of the offender gave unchallenged evidence that the offender does not have any other funds or assets,” Judge Scotting said.

The impact on the workers and families has been catastrophic and all because someone made the decision not to spend $2,00 on an inspection

FYI Code of Practice Managing the Risk of Falls At Workplaces is https://www.safework.nsw.gov.au/__data/assets/pdf_file/0018/50076/SW08159-Code-of-Practice-Managing-the-risk-of-falls-at-workplaces.pdf