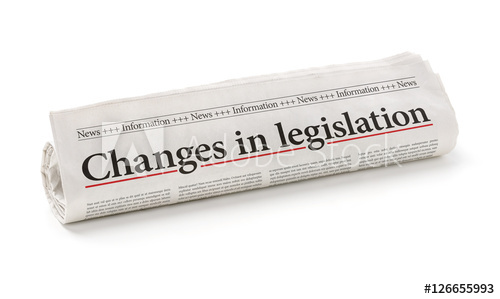 A national approach to the Silicosis?

The Victorian Government is pushing to adopt one of the strictest workplace standards in the world to prevent silicosis.

Silicosis is a potentially fatal and irreversible lung disease caused by breathing in minute dust particles.

Miners, construction and quarry workers were traditionally prone to the disease before changes in these industries, but a new generation of stone benchtop fabrication workers were now at risk.

And there are fears health authorities and governments could have an epidemic on their hands.

This heightened calls for a national approach to the issue, with the Queensland Government acting swiftly to address the workplace crisis.

Its audit of more than 800 workers in the manufacturing stone industry revealed 115 had silicosis — 16 of which were terminal conditions.

The Queensland Government has banned the dry cutting of engineered stone, set up a specialist silicosis working group, and ordered a crackdown by its workplace regulator of stone benchtop fabricators.

WorkCover Queensland issued 15 infringement notices along with $54,000 in fines.

South Australia has started a silicosis screening program and the Victorian regulator started its own compliance program, visiting 171 workplaces and issuing 311 notices in relation to the control of silica dust.

Aside from promising to establish a national dust disease register for workers at a COAG meeting last year, there has been no comprehensive national approach.

Mr Walsh said many workers who were being diagnosed with silicosis or other diseases associated with high exposure to silica dust including lung cancer were “phenomenally young”.

“We are looking at workers in their 20s and their 30s and … to be told [they] have a progressive form of silicosis and that they may not survive the decade then, that future is extremely bleak,” Mr Walsh said.

“Governments across the nation should be proactive and aggressive and tackling this issue.”

Victorian Workplace Minister Jill Hennessy gave the strongest indication yet the Government was prepared to introduce sweeping changes to address the regulation of silica dust in workplaces.

Safe Work Australia has been reviewing the national workplace exposure standard of silica dust — currently set at 0.1 milligrams per cubic metre over an 8-hour shift — which has been in place since 2005.

Last year the United States introduced an exposure limit of 0.025mg/cubic metre — a quarter of the Australian standard.

The Cancer Council of Australia, unions and lawyers want the US standard matched in Australia.

Ms Hennessy said Victoria would lobby for the national standard to be dropped to 0.02mg/cubic metre, and if adopted, could make it the strictest in the world.

After recently meeting with her Queensland counterpart, she said that state was looking at adopting similar changes.

“We’re very impressed with the model in Queensland and … we are currently working on a model to improve the regulation and enforcement when it comes to silica,” she said.

Last year Gary McFarlane, from Eagle Point in Eastern Victoria, was diagnosed with silicosis and lung cancer after being exposed to silica dust during his work as a sandblaster.

When he started with an industrial maintenance contractor in 1970s, there was very little protection for workers.

Silica sand, used in sandblasting to strip paint or rust from large industrial structures such as bridges, was banned in 2002 and this helped clean up the industry.

But it was too late for Mr McFarlane.

This week he will start his third round of chemotherapy and his future remained uncertain.

He received a six-figure compensation payout from a former employer, which he said helped with his medical treatment and “is just setting things up for when I’m not here”.

He said the Government needed to act now to protect a new generation of workers.